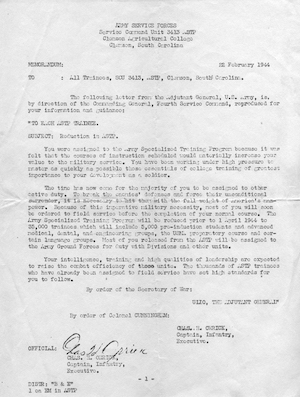 Letter from the U.S. Army announcing the dissolution of the ASTP program. 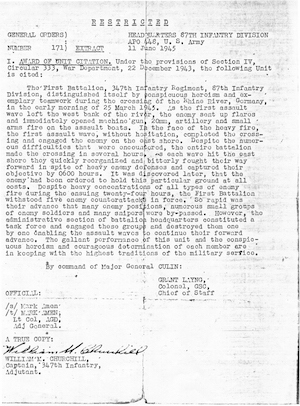 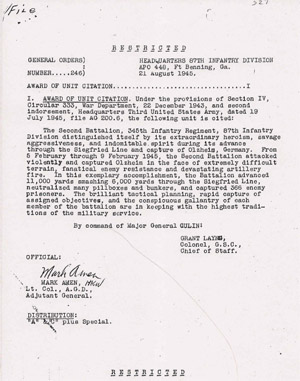 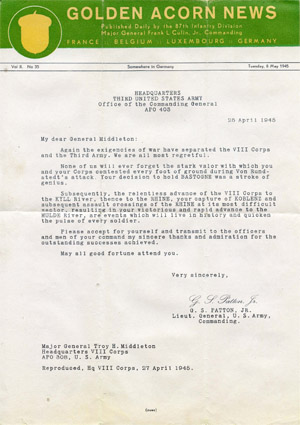 8 May 1945: Letter from Generals Patton, Middleton, and Culin as Reproduced in the GAN

Three letters were reproduced and distributed in the Golden Acorn News of 5 May 1945.  The first was from Lieutenant General George S. Patton, Jr, to General Troy Middleton, Major General of VIII Corps.  The second letter was from General Middleton to all units who had served in VIII Corps.   The third letter is from General Culin to all who served with the 87th Infantry Division. 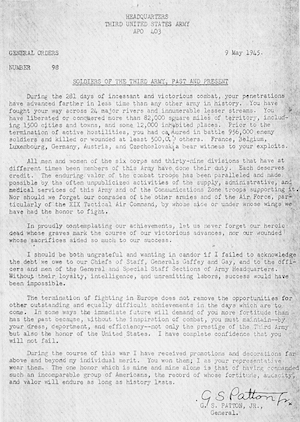 9 May 1945: Letter from General Patton to Soldiers of the 3rd Army 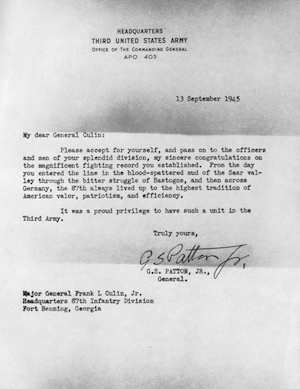 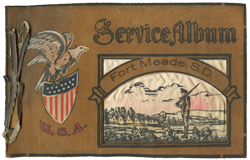