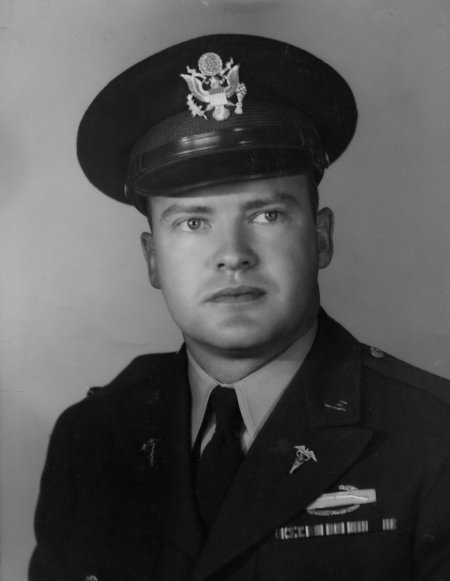 John McAuliffe was born in Brooklyn, New York, and at the age of twelve moved to Worcester, Massachusetts. He served as Private First Class, a squad member of an 81mm mortar section with Company M, 347th Infantry Regiment of the 87th Infantry Division during World War II.

He was awarded the Combat Infantryman’s Badge, the Bronze Star Medal, and participated in the Ardennes, Rhineland, and Central Europe Campaigns in World War II.

During the Korean War period, he served as a 1st Lieutenant in the Dental Corps, US Army, and his assignment was at Ft. Lesley J. McNair in Washington, DC.

He retired from the practice of dentistry after 37 years. He resides in Worcester, Massachusetts.

In 1990 he joined the Veterans of the Battle of the Bulge Organization, and in April of 1992 he founded the Central Massachusetts Chapter, of which he serves as President with over 200 members.

He served as Commander of the 87th Infantry Division Association from 1998-1999. On November 11, 2000, he was awarded the Veteran of the Year Award by the Worcester Veterans Council, and has served as their Commander as well.