Take down your service flag mother,
Your son’s in the A.S.T.P.
He’ll never get hit by a bullet
While taking the square root of three

Bantered playfully around college and university campuses across the nation during World War II, that ditty suddenly caught in the throats of hundreds of thousands of Army Specialized Training Program cadets in early 1944. 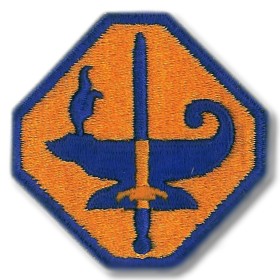 In a mimeographed letter dated February 22, signed “By Order of the Secretary of War,” the A.S.T.P. engineering students were informed that “The time has now come for the majority of you to be assigned to other active duty.”

That “other active duty” according to information buried deep in the letter, was to be the Army ground forces. Although the disbandment of the A.S.T.P., along with forecasts of a massive European invasion, had been rumored for months, the reality proved to be something else.

If the Army General Classification Test was a reliable index, those summarily de-selected were the Army’s Best and Brightest soldiers. Having been screened and appointed from among millions of GI’s around the nation; having accepted reduction to private, they had been assured that, at the end of three intensive years, they would graduate with engineering degrees and be commissioned as second lieutenants in the Army Corps of Engineers.

Now they faced the prospect not only of being reassigned as privates, but for the vast majority, including those who had originally trained with service units, assigned as combat infantrymen, artillerymen or to some front-line unit.

The February letter was on target on one point: “Your intelligence, training, and high qualities of leadership are expected to raise the combat efficiency of those (ground) units.” That assessment, according to the book “Scholars in Foxholes”, would prove both prophetic and accurate.

But before entering combat they faced obstacles in training. Hard-bitten cadre on the military bases received them with both skepticism and hostility. Derisive catcalls that they were “golden boys” dogged them. They were on the spot, and they had to prove themselves. It was surprising, but the A.S.T.P. cadets would ultimately make their presence felt-mostly on the European battlefields.

In retrospect, it’s apparent the A.S.T.P. was deceptively packaged and sold to its participants. At a time when the Army faced the prospect of sorely depleting its ranks by a massive invasion of Europe and subsequently invading the Japanese home islands, the service retailed its come-ons to some of its elite GIs, who had responded by forfeiting their rank and working hard to fulfill the Army’s objectives.

True it is that in applying for higher education, most A.S.T.P.ers were chiefly motivated by a desire to save their own hides. But in my experience, the program was never, as some leading newspapers disparaged it, a “country club.” At the two A.S.T.P. colleges I attended, the University of Mississippi and Clemson College, it was common to attend classes in the morning, crack the books for two or three hours in the afternoon, then complete the day with physical training, inspection and close-order drill with rifles. Furloughs and passes were rarely available, and when they were available they were mostly to dusty nearby small towns.

As Louis Keefer’s book “Scholars in Foxholes” makes clear, academically A.S.T.P. was judged to have been more rigorous than both West Point and Annapolis.

Not that the A.S.T.P. program was the only one impacted by the War Department’s sudden personnel epiphany. A month after the A.S.T.P. Was disbanded, hundreds of thousands of Air Cadets were also shipped wholesale from college campuses to the ground forces, including the sterling Curtis F. Shoup, who
posthumously earned the nation’s highest decoration for valor with the 87th Infantry Division in the Battle of the Bulge. Indeed, as “Scholars in Foxholes” documented, the Belgian and Luxembourg battlefields became littered with those who had luminously made the transition from campus to battlefield.

But when it was all over, the shining moment of the A.S.T.P. and Air Cadet programs was largely shunned and overlooked, as demobilized GI’s charged into the nation’s colleges and universities under the newly-minted GI Bill of Rights. Some A.S.T.P. and Air Cadets would receive college credit, while others, because they never completed their studies or because they switched majors after discharge, received no academic
credit from A.S.T.P.

Until Keefer’s book, “Scholars in Foxholes” appeared in 1988 lifting the lid on the A.S.T.P. Program, virtually the only attention it had received was in military publications. Yet here was a program that uniquely tested its participants on both the campus and battlefield. Here was a program-if a Hollywood director
were creative-that could luminously have been transferred to the screen. But to this day, it remains undervalued and misunderstood.

Claiming to reflect the accomplishments of “The Greatest Generation,” Tom Brokaw’s book utterly overlooked the significance of the A.S.T.P. and Air Cadets. To me, that’s like failing to observe that the atomic bomb was invented by nuclear scientists.

I’m convinced that the hundreds of thousands of those A.S.T.P./Air Cadet Best and Brightest laid the basis for our postwar world. It was this group, more than any other, which possessed the intelligence, skill, discipline and battlefield-forged stamina to lay the groundwork and build both intellectual and practical basis of postwar America.

Instead of understanding its accomplishments, books have been published condemning the generation for being “Organization Men” who monotonously followed their leader. Of course, they became “organization men.” In their youth these elites had been forged by the tightest hierarchy — the Army — and the most excruciatingly demanding training ground known to man — the battlefield.