Battle of the Bulge Was Longer, Bloodier Than Army Admits 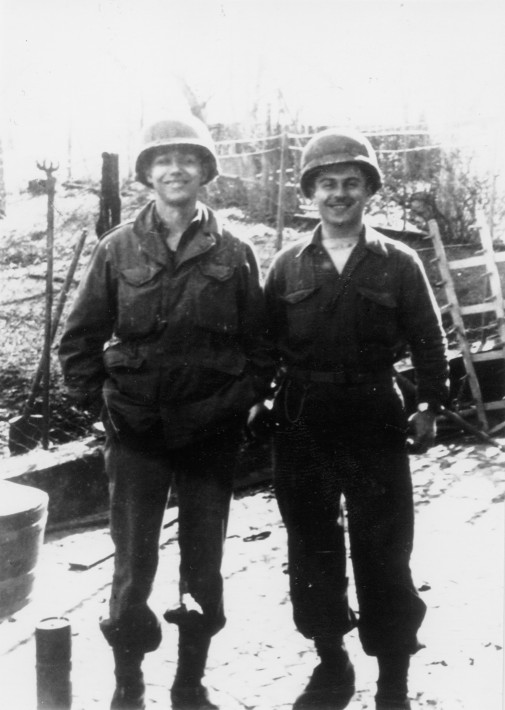 There can be no dissent about the starting date of the Battle of the Bulge. Early on December 16, 1944, German armies jumping off from Germany smashed through American lines from both the ground and air, across Luxembourg and into Belgium.

But read a dozen books, plus contemporary news accounts, and all will appear wobbly about when the Battle of the Bulge ended. January 28 has been quoted by the Army as the “official” final day in an official Congressional resolution.

More than half a century later, why is the final date of much significance? Because it raises the achingly human question of the true casualty toll in America’s largest and most punishing battle in history. And following that is another overriding issue: Were GIs, including some who died in the battle, cheated of deserved recognition by citation of the arbitrary dates?

Unintentionally, Lt. Gen. George S. Patton provided the kernel for reflection in his book on European Theater operations War As I Knew It: “On the 17th (of January), I personally congratulated Milliken and Middleton (Corps commanders) on the successful termination of the Bulge,” he writes. “Although we had not driven the Germans back to the line from which they started, we had on that date begun the final operation.”

Logic and truth would dictate that the end of a battle occurs when the enemy is driven back, as Patton implied, to where he started. But few Army officials see it that way. In his postwar summary, Crusade in Europe, the European commander, Gen. Dwight Eisenhower, not-so-adroitly fudged the question, citing the meeting of the First and Third Armies at Houffalize on January 16, and reproducing a map showing the forces on January 18. When the issue of German casualties arises, Eisenhower states that the American toll was less than the German toll in the Bulge.

Nor is John Toland’s well-regarded volume, The Battle of the Bulge, of much enlightenment, the last chapter trailing off on January 16. Nor does A General ‘s Life by Omar Bradley enlighten; it is content, as were others, to imply a victory and change focus after the First/Third Armies linkup.

Considered more trustworthy because it was written by a former infantry company commander, A Time for Trumpets by Charles MacDonald, quotes an “official” closing date of January 28, and American casualties of 81,000. The military historian, Russell Weigley, also employing January 28 as the termination, likewise quotes 81,000 American casualties killed, wounded, and missing. Although ranking high in trustworthiness, neither historian offers a rationale for the final date.

Standing alone is the sterling Robert Merriam, the official Army historian of the Bulge, who climaxes his 1946 account, The Battle of the Bulge by describing “the two armies moving relentlessly, and by early February the Germans were back to the West Wall, along nearly the entire length of the Ardennes Forest.”

But Merriam is the exception: Most of the accounts deliberately or otherwise imply the Houffalize linkup of the First and Third Armies to be the end of the massive counteroffensive. MacDonald and Weigley don’t make that error, but they neglect to admit that “the end,” no matter who declared it, was an arbitrary and self-serving Army decision. In this context, Patton’s quote seems even more penetrating, because he at least, raises the question of how to define “the end.”

This was, after all, the Battle of the Ardennes Forest, as the Army officially dubbed it, and the Ardennes extended all the way from Belgium through Luxembourg to the Rhine River. That, by all justifiable logic, should have been defined, as Patton phrased it, “the line from which they started.”

The history of the 345th Regiment, 87th Division, credible because it was written the year of the battle, fully supports Camille Cohn’s letter in the February 2000 issue of the Bulge Bugle that after January 25, 1945, about 83 towns in Belgium and Luxembourg still had to be reconquered by American divisions and units, with the last towns taken on the first of February. The 87th Division regiment’s history states: “February 1st found the (345th) regiment … billeted within one kilometer of the German border.” As Cohn further states, “This is undisputed and irrefutable history which never can be changed, no matter how.”

The significance of the Army’s evasive and self-serving definition of the Bulge’s termination is this: To make it appear Allied forces won the battle as reflected in the casualty figures, Army officialdom prematurely truncated the closing date to make the casualties look more favorable.

But those who fought the Battle of the Bulge should be the last to offend the memory of our fallen comrades by buying the fake line that the Bulge operation ended either on January 25 or 28, one week before it actually did — or that our fallen comrades after January 25 weren’t wounded or killed in the Battle of the Bulge. By definition they could not have become casualties in the next official campaign, the Rhineland, which was fought exclusively on German territory.

A question then springs out: Did any American combat soldier who was wounded, or who knows of a buddy who was killed after January 28, receive an Ardennes battle star? If they did, that would constitute powerful evidence that the greatest battle in American history didn’t end on January 25, or January 28, but ended, as those who fought it know, after February 1, 1945.

Previously published in
The Bulge Bugle
May 2000