The 87th Division was pulled out of the Saar Basin on December 23. It was a cold, barren place with copses of woods concealing enemy machine gun emplacements and tanks, deadly for foot soldiers. We were positioned on the right flank of the Third Army. We were glad to go. It was rumored the Germans had broken through the American lines somewhere to the north.

On January 15, the 345th Regiment again climbed on trucks and in freezing cold headed for the Duchy of Luxembourg along with the rest of the 87th Division to relieve the 4th Division, which had been on the southern shoulder of the Bulge. K Company occupied Berdorf near the west bank of the Sauer River.

Who Really Liberated Bastogne? A Probe of History

Fifty-three years after World War II, not even those who spilled blood fully appreciate the 87th Infantry Division’s magnificent and decisive role during the largest land battle ever fought by American troops. That was the Battle of the Bulge, or Ardennes...

The Power and the Glory: The 87th Division Attacks 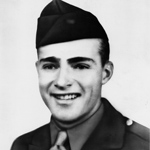