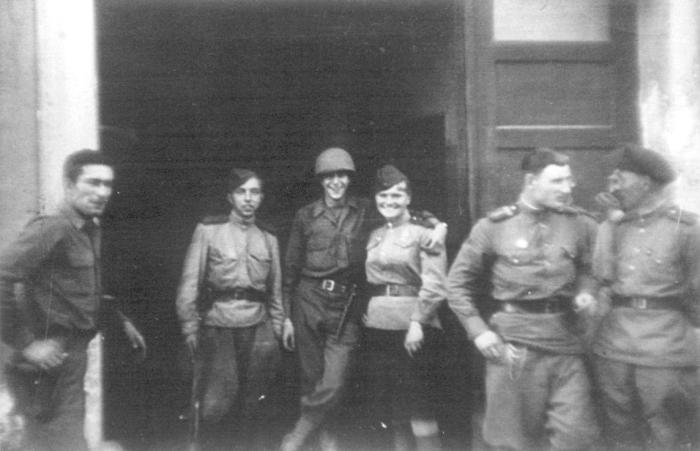 Just as the war was ending – I believe we had just taken Falkenstein, Germany – I was told (but did not personally witness) that an American-made Piper Cub with Russian markings had flown over the front and landed. A Russian Major got out – spoke...