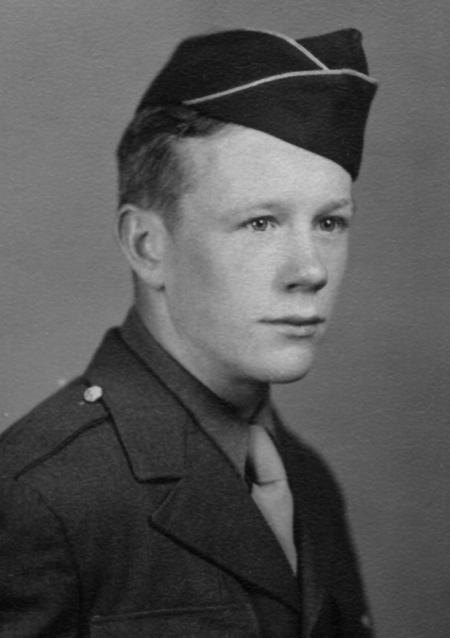 Jim was born November 24, 1925 in Bayonne, NJ. His father died in 1930, leaving his mother to raise him, his three brothers, and six sisters.

He attended local schools, received his high school diploma, and entered the Army in March 1944. He had IRTC (Infantry Replacement Training Center) training at Camp Croft in Spartanburg, SC, then proceeded to Ft. Jackson where he was assigned to the 87th.

The 87th passed through his hometown when they were shipping out via Camp Kilmer. On Feb 26, 1945, Jim was wounded near Neuenstein, Germany. He was sent to a hospital in Paris, but says:

“It was rough on a 19 year old who didn’t smoke or drink and not
too fond of chocolate … don’t know how I was able to recuperate.”

Jim was discharged from the Army on December 15, 1945 at Camp Upton, Patchogue, Long Island. He married his wife, the former Dolly Tagliareni, in 1949. They have two sons, and two grandsons. He retired in 1982 after working for 35 years as a mailman for the Bayonne Post Office. Says Jim:

“It seems the Acorn patch on my shoulder ended up in
my heart, for I feel blessed to have friends in the 87th.” 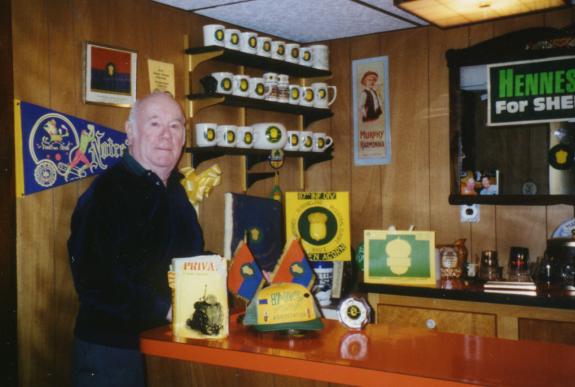 Here’s Jim in his recreation room. Judging by the
extensive mug collection, he’s been to a lot of reunions!