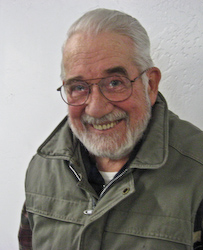 Arthur William Jasper was born in Philadelphia on June 3, 1925. He lived in Philly for about five months, after which his family moved to the far out (at that time) suburbs, right next to the farming country. With an intense interest in agriculture, he spent every spare minute that he could on a neighboring farm.

Bill’s two extra-curricular exercises were the Boy Scouts and being a volunteer fireman. He graduated from the Elementary and the Advanced Pennsylvania Fire School and became an engineer at the local fire company before going into the Army.

Bill spent his entire civilian career in agriculture. He retired from the Army Reserve in 1965 in the grade of Major.